Founded in 2009, Carbon Engineering Ltd. (CE) is a Canadian-based clean energy company. CE is leading the commercialization of groundbreaking Direct Air Capture technology that captures carbon dioxide (CO2) directly from the atmosphere so it can be permanently stored deep underground, or used to produce clean, affordable transportation fuels. From a pilot plant in Squamish, B.C., CE has been removing CO2 from the atmosphere since 2015 and converting it into fuels since 2017.

CE is privately owned and is funded by investment or commitments from private investors and government agencies. CE’s investors include Bill Gates, Murray Edwards, Oxy Low Carbon Ventures, LLC, Chevron Technology Ventures, and BHP. CE has been well supported within the clean-tech innovation system and has led projects funded by top-tier government agencies in both Canada and the USA. 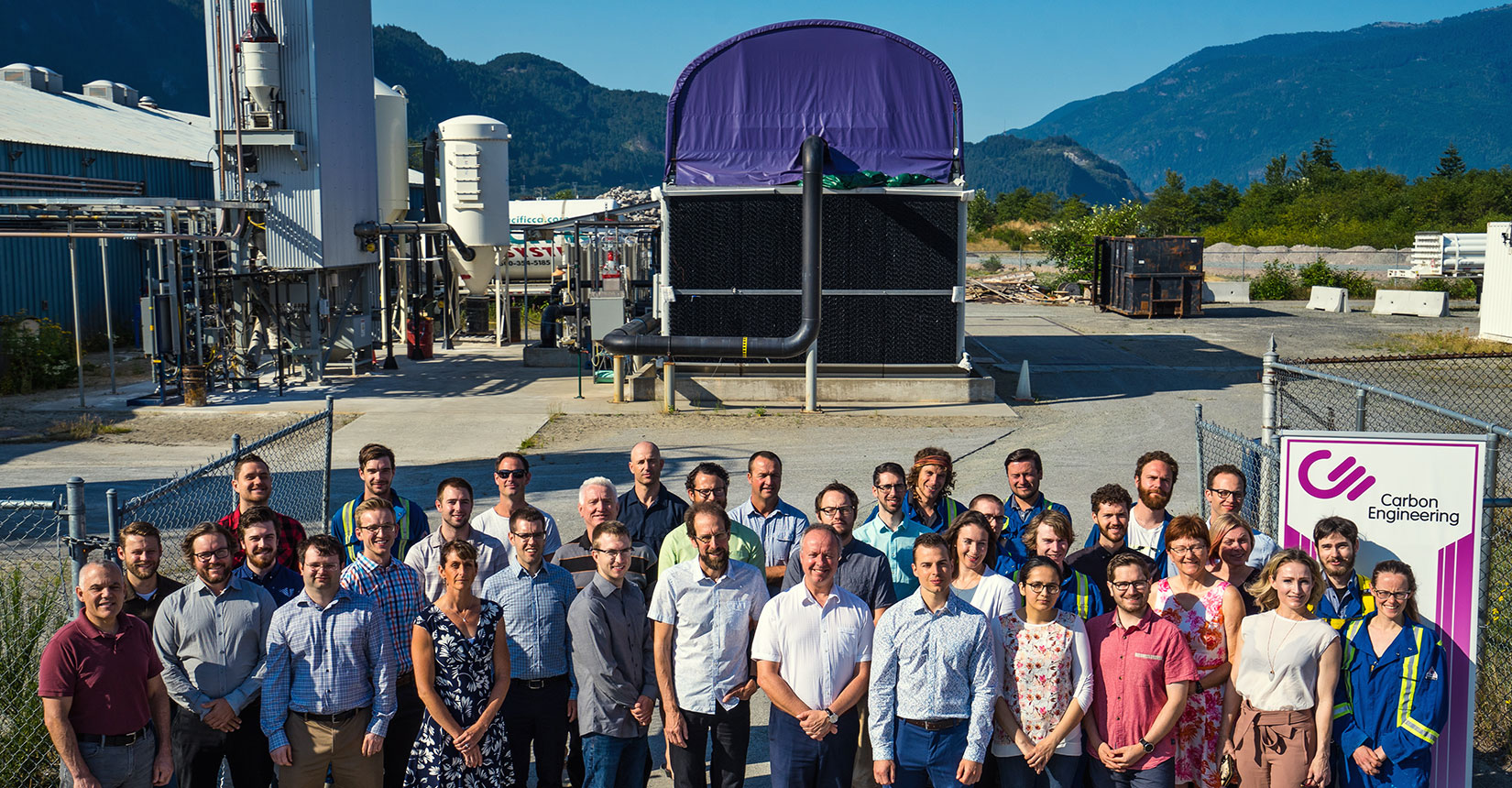 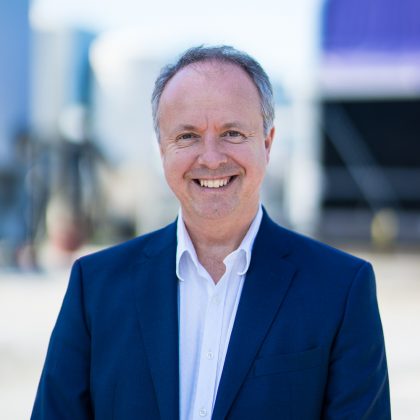 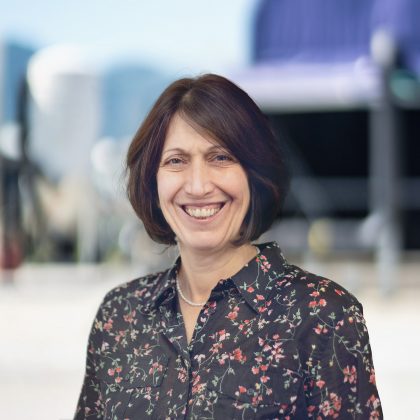 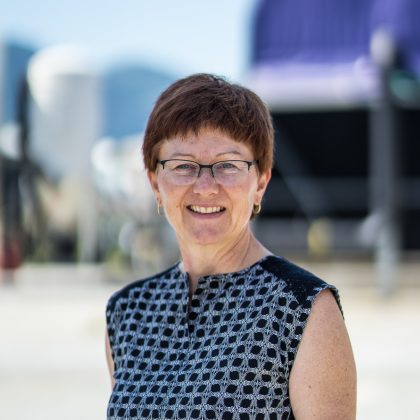 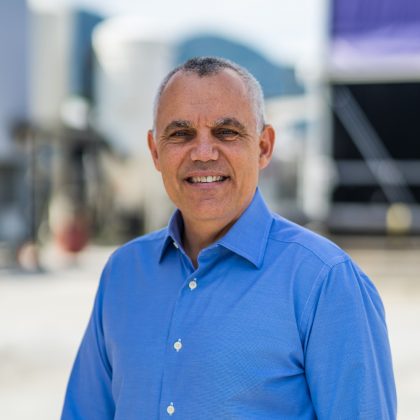 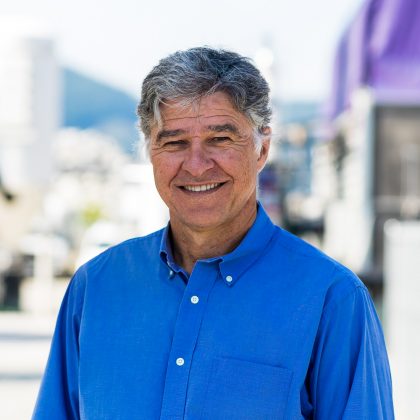 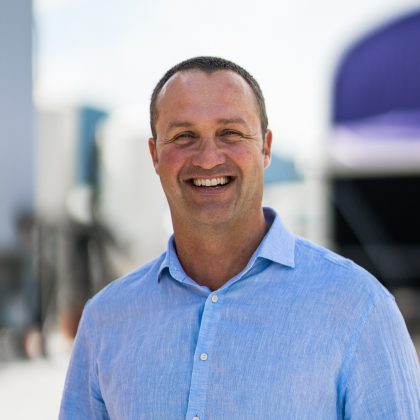 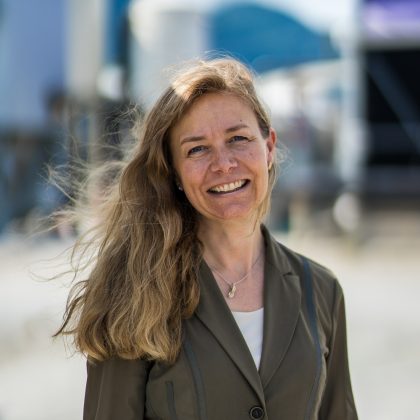 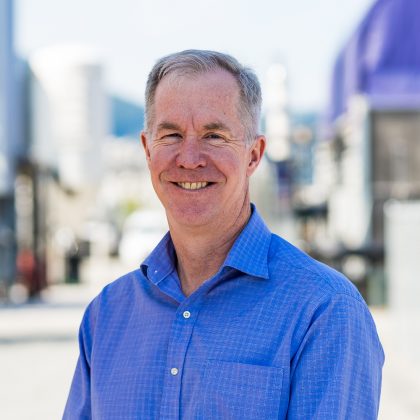 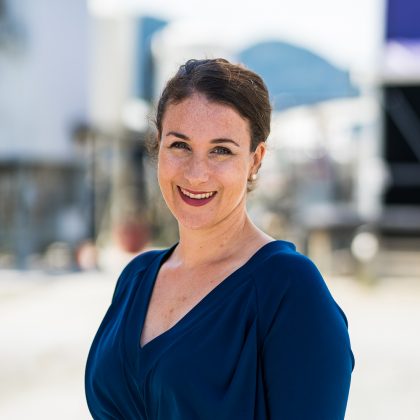 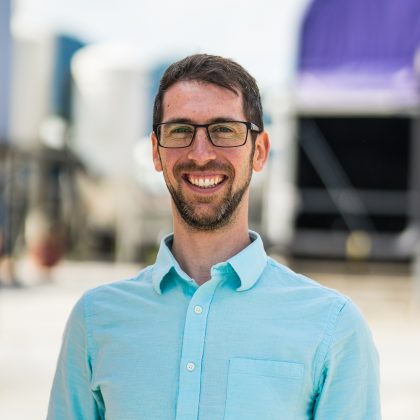 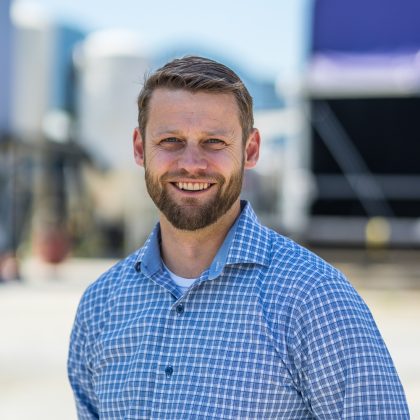 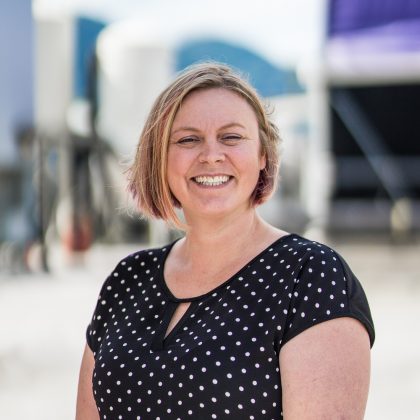 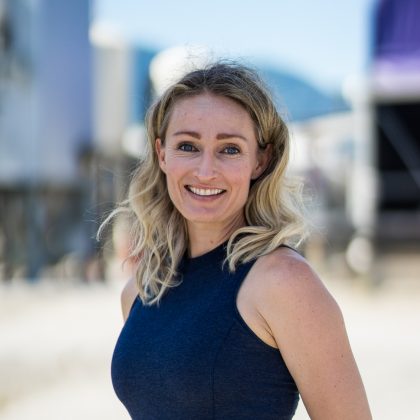 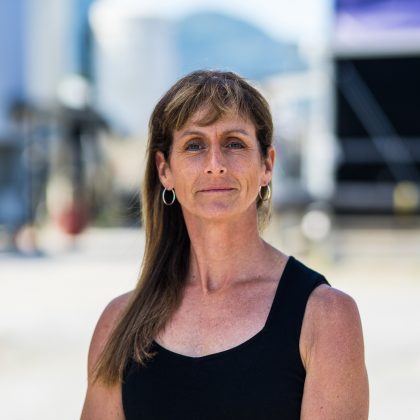 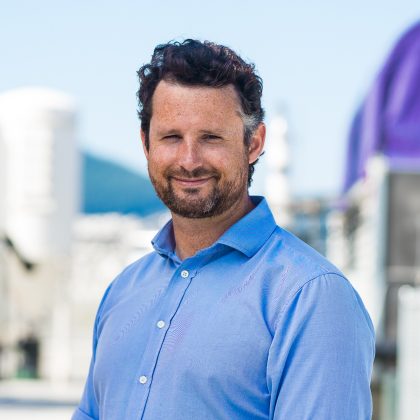 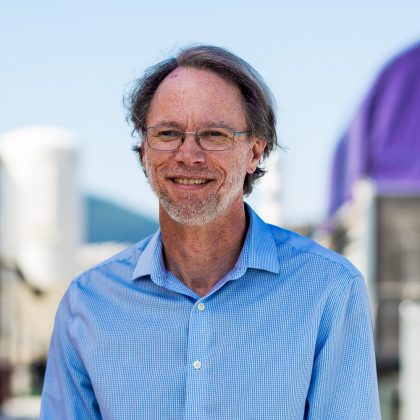 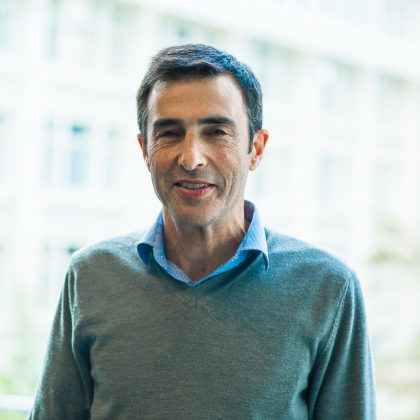 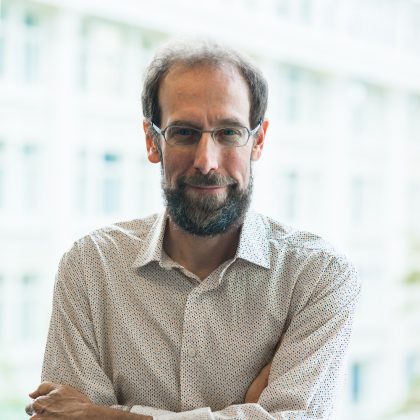 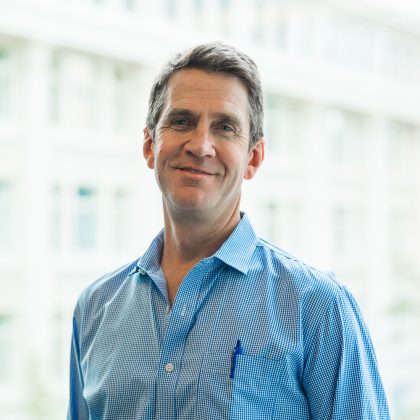 Steve Oldham serves as CE’s CEO. Steve brings more than 20 years of executive experience to CE’s team, stemming from previous roles in technology, robotics, and aerospace sectors. Steve served as Senior Vice President, Strategic Business Development for MDA, a leading Canadian technology firm. At MDA, Steve held a variety of senior executive positions across Canada and the US, covering General Management, Business Development, and Strategy. He has secured financing from Government and commercial sources for a variety of complex technologies, including several large satellite programs. Steve holds a bachelor of science degree in Mathematics and Computer Science from the University of Birmingham in England.

Kerri brings more than 20 years of finance and corporate growth experience to CE’s team, stemming from previous roles as a project finance banker, financial advisor, board member and lawyer. Kerri previously built and ran project finance businesses from New York for Fortis Bank and BBVA, and acted as Chief Financial Advisor for Steelhead LNG in Vancouver. Most recently, she was Market Manager and Managing Director for Silicon Valley Bank’s clean-tech focused project finance business. Kerri has also served on the boards of Alterra Power Corp. and TerraForm Power, and she began her career as an attorney at Milbank, Tweed, Hadley and McCloy.  Kerri holds an A.B. in International Relations and Russian Studies from Brown University, and a J.D. from Harvard Law School.

Susan is a finance veteran in pre-commercial alternate energy / clean technology companies. She is a chartered professional accountant (CPA, CA) with more than 30 years’ experience. Prior to joining Carbon Engineering, she held positions of CFO at General Fusion and Vaperma, and VP Finance and CFO at Cellex Power Products. From Cellex through to General Fusion, Susan was a core team member on equity financings totaling $130M, raising funds from North American, European and International investors, in addition to accessing a broad range of non-dilutive funding.

David has a successful track record spanning 20+ years in engineering, including leadership roles in the clean tech and energy industries. He was previously Senior Vice President of Engineering and Bioprocess at Joule Unlimited, where he built the technology strategy around Joule’s algal biofuel production technology. David also served as Vice President of Engineering at Skyonic Corporation, where he led the initial conceptualization and development of patented technology for the capture and conversion of carbon into mineral products. David’s wealth of experience is now guiding CE’s technology strategies to bring Direct Air Capture and AIR&nbspTO&nbspFUELSTM technologies into the marketplace.

Marcus has 30+ years of experience in the development, construction and operation of industrial plants in the power, petrochemical, chemical, pharmaceutical, and mining industries. He has previously worked in Germany, Switzerland, and Brazil for Degussa/Evonik, Sandoz/Clariant, Rio Polimeros, Eneva/Eon, and Bolognesi. Marcus’ experience has been on the Owner’s side, where he’s managed multi-billion dollar EPC contracts and set up and managed operations of an Ethylene and Polyethylene Petrochemical Complex, as well as several coal and gas fired power plants.

John brings more than 20 years experience in building, managing and investing in clean tech based ventures. John’s focus has been on product strategy and management, as VP Business Development and Product Management at Cellex Power, and more recently as an Executive in Residence at Foresight Cleantech Acceleration Centre.

Lori brings more than 25 years of engineering, business development, and finance experience to CE’s team, stemming from previous roles in technology and aerospace sectors. Lori most recently served on the MDA Corporate Finance and Strategy teams as Senior Director, Strategic Business Development. At MDA, Lori held a variety of senior executive positions including General Management and VP Business Development. Lori holds a Bachelor’s in Computer Engineering from RMC and a Master’s in Electrical Engineering from Carleton University.

Kenton worked as an engineer-in-training at both oil-and-gas EPC firms and manufacturers, in both cases assisting in new product development. After graduating in 2008 from the University of Calgary with a BSc in Mechanical Engineering, he was hired by David Keith to assist with the air capture project that was presented on the Discovery Channel program, Project Earth. Kenton now leads CE’s engineering efforts, overseeing design and development of processes, equipment, and AIR&nbspTO&nbspFUELSTM plants.

Geoff has worked on Direct Air Capture of CO2 since 2008, both in an academic capacity and at Carbon Engineering. Geoff has led much of CE’s air contactor research and design, has been involved with several generations of prototyping and testing, and has published on air contactor design and general techno-economics of DAC and fuel synthesis. Geoff now leads CE’s Regulatory Engagement and public outreach efforts.

Jenny joined CE in 2014 with more than 10 years’ experience on the development of chemical processes for industrial applications. Jenny was a key contributor during the commissioning and early stage operations of the DAC and AIR&nbspTO&nbspFUELSTM pilot facilities, and led optimization work of current technology and investigations of next generation technologies for process integration. Jenny is now the project manager for the development of CE’s first industrial-scale plant – a facility that will capture one million tons of CO2 from the air each year.

Jane is a professional engineer with a master’s in chemical engineering. Prior to joining CE, Jane worked in the EPC industry, gaining more than 5 years’ experience across process engineering design, upgrading, and SAGD projects, as well as production engineering and field operation. Jane started at CE as a Senior Process Engineer in 2011, and led the design, construction, and commissioning of the pilot plant pellet reactor. She also moved into the role of Manager, Intellectual Property and has been an active contributor to CE’s patents.

Hollie has been with Carbon Engineering since its inception in 2009. As the company’s Human Resources Manager, Hollie leads CE’s HR strategy and planning activities, and manages all HR programs and policies as they apply to employee engagement, recruitment, performance management, benefits, and salary. Hollie also oversees the office management and ensures the health and happiness of our team on a daily basis. Hollie holds a BEd in Business Education from the University of Lethbridge and is a Chartered Professional in Human Resources (CPHR).

Toby brings 10+ years of experience in technical project management and operations delivery. As a former Royal Air Force Engineer Officer he held leadership roles across bomb disposal, explosive safety, battlefield helicopter and VIP/air transport operations. Having led technical teams across the UK and a range of international deployments, he is now focused on applying his experience to the cleantech arena. Toby joined CE in 2018 and now leads the operation and maintenance of CE’s Pilot Plant.

David has worked at the interface of climate science, energy technology, and public policy for 25 years. As a technology developer and innovator, he built a high accuracy infrared spectrometer for NASA’s ER-2 and developed new methods for reservoir engineering to increase the safety of stored CO2. David was listed as one of TIME magazine’s Heroes of the Environment 2009. David divides his time between Calgary and Cambridge Massachusetts where he holds professorships in engineering and in public policy at Harvard University.

Michael Hutchison is a visionary, private investor and entrepreneur. As the Principal behind Bethel Lands Corporation Ltd., he seeks out sustainable projects to satisfy local community needs. Most notable developments under the leadership of Michael include a General Partnership with the Sea to Sky Gondola and as the President of Squamish Huron Clean Energy Corporation.

Michael was elected to Carbon Engineering’s Board in July of 2016.

Laurie Pare is Chairman of the Audit Committee of Carbon Engineering. He is a Chartered Professional Accountant and a former partner with Price Waterhouse Coopers LLP. Laurie is also a member of the board of directors of Enhance Energy Inc., a private company based in Calgary which is focused on Carbon Capture Utilization and Storage technology.

Denis is an electrical engineer who started his career at Bell Labs and then moved on to MDA. He was President of the Science Council of BC from 1988 to 1990. He was the founding Chief Executive Officer and President of QuestAir, which merged with Xebec in early 2009. He has been a leader in numerous Canadian green-tech start-ups, including General Fusion, and advises the Canadian Department of Foreign Affairs and International Trade on their support of renewable energy technology companies.