Today, Carbon Engineering (CE) announces the appointment of Daniel Friedmann as Chief Executive Officer (CEO), to succeed Steve Oldham who held the position of CEO since 2018. As a technology industry leader with proven success managing high growth, Daniel’s experience and acumen is ideally suited to lead CE’s next stage of commercialization and global expansion. 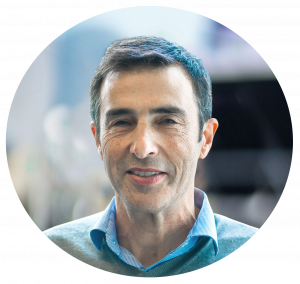 Daniel Friedmann has assumed the role of CEO having served on CE’s board for five years, with the past four years as Board Chair.

“We are very fortunate to secure Dan Friedmann as CE’s next CEO,” said David Keith, CE’s Founder and Board Member. “Since joining our board in March, 2017, Dan has played a pivotal role in guiding CE’s business and commercialization strategy. Dan’s experience at MDA and his track record at CE position him for a seamless transition to lead CE through the challenges and opportunities of scaling a global business.

“We thank Steve for his exceptional service to the company over the last four years, and recognize Steve’s tremendous impact on CE as well as on the Direct Air Capture industry as a whole.”

Daniel Friedmann brings a wealth of experience and proven success to the role of CEO, having led Canadian aero-space company MDA as CEO for 20 years, before retiring in 2016. During his tenure at MDA, the company’s revenue grew 19-fold and market capitalization 35-fold. He was named Brendan Wood TopGun CEO in Canada for 2015-2016, a designation awarded as an expression of the highest level of confidence in a CEO, as voted by key investors and stakeholders.

“Carbon Engineering is embarking on an exciting period of global growth, working with our partner, Oxy, and other industry-leaders to deploy affordable and scalable climate solutions that have the potential to play an integral role in the net zero revolution,” said Daniel Friedmann, CE’s CEO. “I look forward to leading CE through this next stage of expansion and innovation, and to continuing to drive CE forward on its important mission.”